Yesterday the Maternal & Child Health Bureau of Health Resources and Services Administration (HRSA), US Department of Health and Human Services released a study evaluating the number of children in the U.S. who currently have an Autism Spectrum Disorder (ASD) diagnosis, The Prevalence of Parent-Reported Diagnosis of Autism Spectrum Disorder among Children in the United States, 2007, published in Pediatrics.

The study evaluated data from a National Survey of Children's Health (NSCH) in which 78,000 U.S. households were surveyed to estimate the prevalence of autism spectrum disorders. The households were queried if their child (ages 3-17) "currently has autism, Asperger's Disorder, pervasive development disorder, or other autism spectrum disorder." Go to NSCH to view the latest data – use the search term “autism” to see the data HERE.

For the first time the health survey also asked if the child who was diagnosed with ASD currently has the disorder, and nearly 40% ( 38.2%) responded NO. This finding supports recent research that children diagnosed with autism can recover from the disorder with appropriate interventions, both medical and behavioral.

Investigators also found that non-Hispanic black and non-Hispanic multiracial children had 57% and 42% LOWER odds of having ASD than non-Hispanic white children, and that children whose parents had less than 12 years of education had twice the odds of NOT having an ASD dx child than those with higher education. Another interesting finding is that those who lived in the Midwest and Northeast had higher odds of having ASD than children in the West. Such demographic and geographic disparities deserve further scrutiny for etiologic risk factors.

The Autism Research Institute calls for an immediate Federal response to the new data with the same amount of urgency and resources that have been dedicated to H1N1 preparedness. According to Jane Johnson, Director of the Autism Research Institute's Defeat Autism Now! Program "a silent epidemic has been sweeping our country for years and this new prevalence data dictates that Autism be declared a national emergency; no stone should be left unturned in determining what is driving this international epidemic and what can be done to help those affected restore their health." 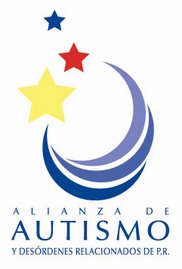 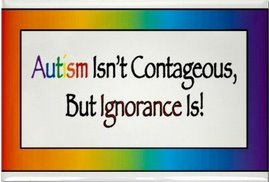